From the Introduction to Ken & Thelma
The story of A Confederacy of Dunces is a remarkable one of how a celebrated and much-loved novel was almost lost, and then miraculously saved. It is the story of the gifted writer who created it and then died young, thinking his life had been a failure. It is also the story of his mother, an indomitable force who overcame enormous grief, illness, and the profound disappointment with her own life to get the novel published, and who then lived long enough to see it become a huge success, to win the Pulitzer Prize, to stake its claim as a classic of American literature. 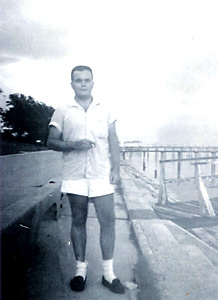 A greatly simplified and distorted version of the story has long been known to the reading public. Some of this version, of course, is true, but it is basically the story 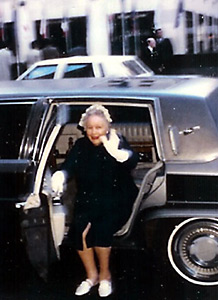 Thelma Toole arriving at Rockefeller Center
for the taping of the Tom Snyder Show
(Collection of the author)
as told by the author’s mother and energetically promoted by her, and it ignores much of what is really interesting about the history of the book. There were aspects of the story that Thelma Toole did not want known, and, in her grief, probably could not face.


It was my good fortune to have known Ken Toole while he was working on  A Confederacy of Dunces, to have written in my journal about him at the time, and to have saved the letters he wrote to me, letters which provide insight into both his life and his work. By chance, I also knew quite well Bobby Byrne, the real-life eccentric who was the inspiration for the hero of the book, the bizarre Ignatius Reilly. And, perhaps most importantly, after the author’s death, I got to know and closely observe Thelma, his formidable mother, without whom A Confederacy of Dunces would never have seen the light of day.

Re-reading the following pages after I had written them, I realized that in my book, as in life, Ken is dominated by the overwhelming presence of his mother. Perhaps it should be called Thelma and Ken, instead of the other way around. Ken’s wit and intelligence are certainly there, best expressed in his letters, but somehow Ken himself remains at a distance. He was an acute observer, but did not let himself be easily observed. He was by nature reticent and elusive, and too soon eluded the world altogether by his suicide.

My most vivid memory of Ken is of his wry smile when he was telling an amusing story or witnessing an absurdity. Finally, like the Cheshire cat, the smile is all that is left. And then his mother takes the stage.